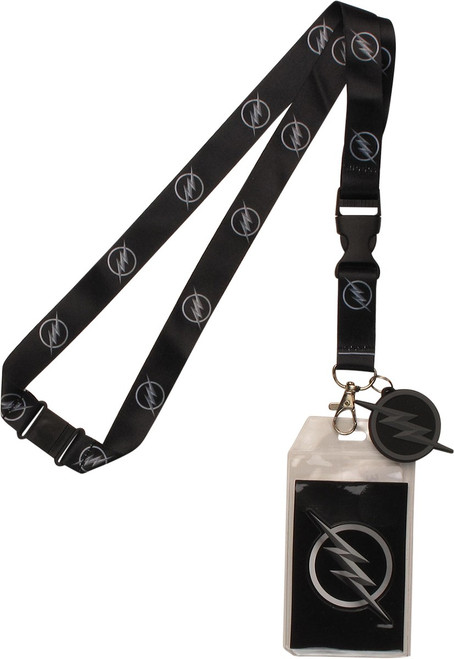 Flash the symbol of the evil Hunter Zolomon, known as Zoom, when you wear this cool Flash lanyard! The Flash Television Series Zoom Lanyard is a black breakaway with a clear plastic badge holder and a charm. Based on DC's The Flash TV series, the charm is shaped like the "lightning bolt" emblem worn by Zoom, a Speedster and serial killer who is a deadly nemesis of the Flash, and the lanyard features repeated images of the symbol. "You can't lock up the darkness."

Size Chart
The items listed on StylinOnline.com come from many different manufacturers. These measurements are an average estimated for each type. All shirts should be within 2" or 3" of these dimensions. Many of these garments are 100% pre-shrunk cotton and may shrink during cleaning, please factor that into your choices.
LAN_FLASH_TV_SERIES_LA51CAFLA_ZOOM
×