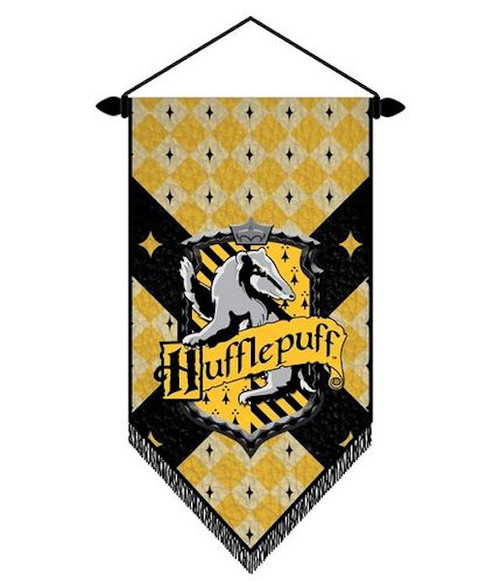 Show you belong in Hufflepuff when you hang this cool Harry Potter banner flag! The Harry Potter Hufflepuff Felt Banner Flag is a yellow felt banner with black tassels along the bottom, hanging rod included. Inspired by the Harry Potter book and movie series', it features crossed black stripes framing the crest of Hufflepuff house in the Hogwarts School of Witchcraft and Wizardry, a battling badger. "Where they are just and loyal."

Size Chart
The items listed on StylinOnline.com come from many different manufacturers. These measurements are an average estimated for each type. All shirts should be within 2" or 3" of these dimensions. Many of these garments are 100% pre-shrunk cotton and may shrink during cleaning, please factor that into your choices.
FLAG_HARRY_POTTER_HUFF_FELT_BANNER
×