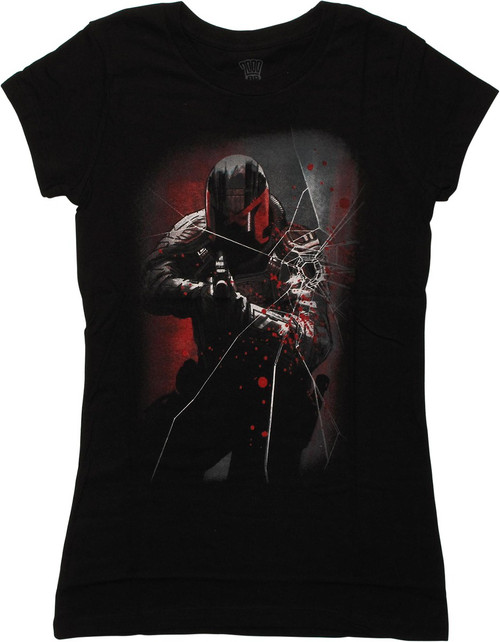 Fight the crime wave in Mega-City One alongside Judge Dredd and Judge Anderson wearing this dramatic Judge Dredd t shirt for women! The Judge Dredd Movie Underbelly Juniors T-Shirt is a black, fitted female shirt with a soft feel and a junior fit. Based on the comic book series Dredd: Underbelly, which was written as a sequel to the movie Dredd, it features a large reproduction of the image on the cover of Dredd: Underbelly #1 (2014), with Judge Dredd aiming his weapon, behind a pane of glass shattered by a bullet!

Size Chart
The items listed on StylinOnline.com come from many different manufacturers. These measurements are an average estimated for each type. All shirts should be within 2" or 3" of these dimensions. Many of these garments are 100% pre-shrunk cotton and may shrink during cleaning, please factor that into your choices.
BT_JUDGE_DREDD_MOVIE_1_COMIC_COVER
Size
×