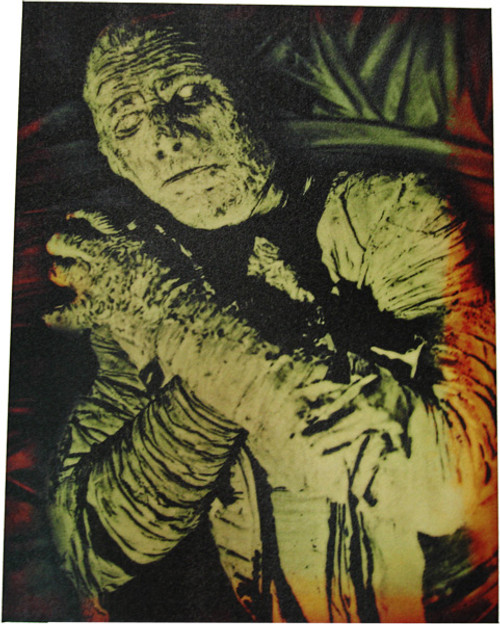 This Mummy giclee captures all the gritty horror of the 1940s movie series that started with The Mummy's Tomb in 1942 starring Lon Chaney, Jr. Part of the Universal Monsters Fine Art Giclee collection, the Mummy Giclee is a canvas stretched over a wood frame. The print is black, with the Mummy recoiling from a greenish light. A giclee is a digital art print made on an inkjet printer.

Size Chart
The items listed on StylinOnline.com come from many different manufacturers. These measurements are an average estimated for each type. All shirts should be within 2" or 3" of these dimensions. Many of these garments are 100% pre-shrunk cotton and may shrink during cleaning, please factor that into your choices.
GICLEE_MUMMY_CHANEY
×