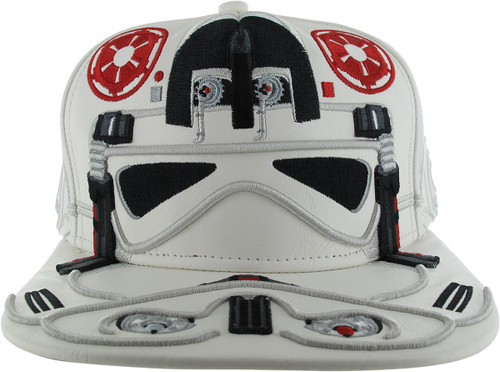 Join the Imperial Army and fight the Rebel Alliance wearing this fun Star Wars hat! The Star Wars AT-AT Driver Helmet Snapback Hat is white. Based on the Star Wars movie series, the entire hat and visor is covered with the design of a helmet worn by AT-AT pilots for the Imperial Army of the Galactic Empire, complete with two bright red Imperial emblems at the top. "Target that fuel pod now!"

Size Chart
The items listed on StylinOnline.com come from many different manufacturers. These measurements are an average estimated for each type. All shirts should be within 2" or 3" of these dimensions. Many of these garments are 100% pre-shrunk cotton and may shrink during cleaning, please factor that into your choices.
HAT_STAR_WARS_AT_AT_DRIVER_HELM_SNP
×