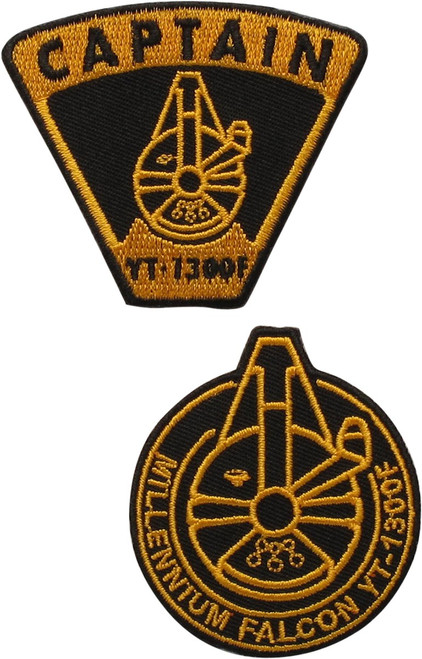 Take the helm of a storied starship in a galaxy far, far away with this Star Wars patch set! The Star Wars Captain Millennium Falcon Patch Set includes two iron-on patches. Based on the Star Wars movie series, both patches are gold and black, and both feature an outline overview of the Millennium Falcon piloted by Han Solo and Chewbacca. One has the word "Captain" in black letters, and the other has the light freighter's name and model number, "Millennium Falcon YT-1300f." May the Force be with you!

Size Chart
The items listed on StylinOnline.com come from many different manufacturers. These measurements are an average estimated for each type. All shirts should be within 2" or 3" of these dimensions. Many of these garments are 100% pre-shrunk cotton and may shrink during cleaning, please factor that into your choices.
PATCH_STAR_WARS_CAPTAIN_FALCON_SET
×