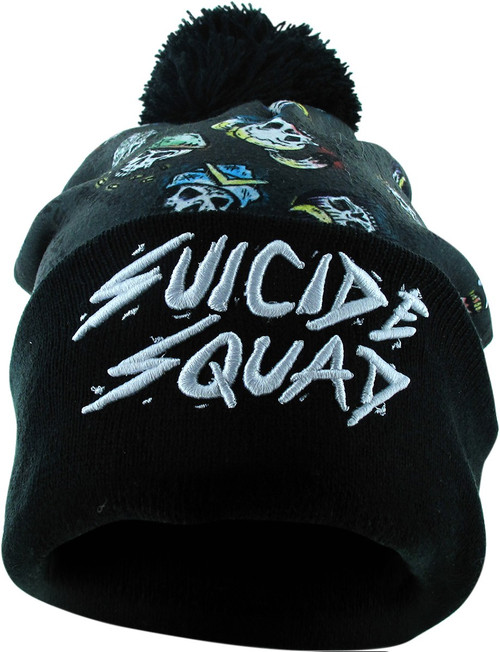 Feel good to be bad when you wear this warm Suicide Squad beanie! The Suicide Squad Cast Skulls Cuff Pom Beanie is black with a black pom. The turned-up cuff features the title of DC Comics' Suicide Squad comic book and movie series in white letters, and the beanie has a colorful collage of skull-based icons for the Joker and Task Force X members Deadshot, Harley Quinn, Enchantress, Diablo, Rick Flag, Boomerang, Katana, Killer Croc and Slipknot. "Worst. Heroes. Ever."

Size Chart
The items listed on StylinOnline.com come from many different manufacturers. These measurements are an average estimated for each type. All shirts should be within 2" or 3" of these dimensions. Many of these garments are 100% pre-shrunk cotton and may shrink during cleaning, please factor that into your choices.
BEANIE_SUICIDE_SQUAD_CAST_SKULL_POM
×